Quantum Break from Remedy games and Microsoft Studios has been on the horizon since the reveal at last years E3. Now, with the release date coming ever closer, details have been released regarding the new Xbox One Bundle, the pre order goodies for Xbox One and a brand new trailer called ‘The Cemetery’ which we’ll go into in more detail later in this article.

Developed exclusively for Xbox One, “Quantum Break” blurs the line between television and gameplay, integrating the two into one seamless, uniquely immersive experience. From Remedy Entertainment, the critically acclaimed creators of “Alan Wake” and “Max Payne,” comes a revolutionary entertainment experience that weaves the cinematic action of intense gameplay with the tension and drama of scripted television, creating a world where each has a direct impact on the other. 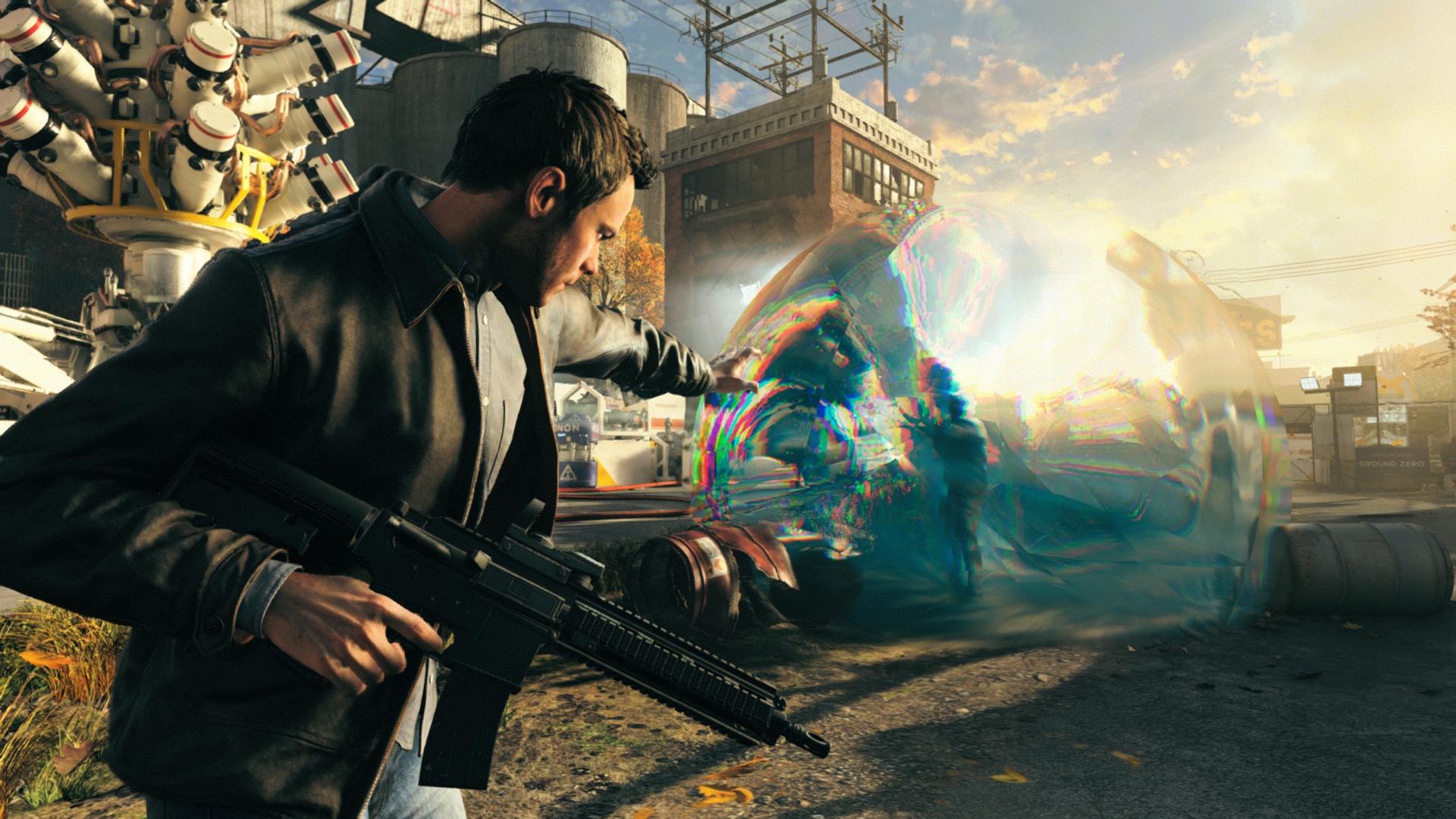 In Quantum Break our desperate hero fights a highly personal battle to save the future before time literally runs out. As time breaks down, impossible, split-second moments of destruction turn into epic stages of time-powered action. The actions you take, and the choices you make, shape your experience as the narrative unfolds. As you play, a personalized “director’s cut” of the show is created just for you, based on the decisions you make during the game. The game’s hero Jack Joyce is being played by Shawn Ashmore (X-men) and the villain Paul Serene is played by Aidan Gillen (The Wire, Game of Thrones). Our amazing group of actors also includes Dominic Monaghan (Lord of the Rings, Lost), Lance Reddick (The Wire, Fringe) and Courtney Hope (Prowl). Check out the ‘Time is power’ trailer below.

The pre-orders and previews are available starting today and there’s an abundance of pre-order options to choose from, including a limited white Xbox One bundle and a SteelBook cover edition.

– Every Xbox One copy of Quantum Break will come with a full-game download for Alan Wake for Xbox 360, plus its two add-on packs, The Signal and The Writer, playable on Xbox One via Backward Compatibility.

– Every Xbox One Quantum Break pre-order made through the Xbox Store or participating retailers will get you a download code for the Windows 10 version of Quantum Break and Xbox One backwards compatible version of Alan Wake’s American Nightmare.

– You can also get Quantum Break branded SteelBook cover for your copy of the game by pre-ordering Quantum Break from participating retailers.

– A new Xbox One Special Edition Quantum Break Bundle featuring a 500GB Cirrus White console and matching wireless controller, a full-game downloads of Quantum Break for both Xbox One and Windows 10, and a full-game download of Alan Wake accompanied by The Signal and The Writer add-on packs is offered worldwide starting March 29th, 2016 in most regions where Xbox One is available.

To celebrate the upcoming launch of Quantum Break, Remedy Entertainment and Microsoft Studios have released a new live-action trailer titled “The Cemetery.” In this thrilling footage the game is brought to life as Jack Joyce, played by Shawn Ashmore, is hunted by agents from Monarch while he mourns the loss of his brother.

Quantum Break launches worldwide on the 5th April and can be pre-ordered on the Xbox Store just here.

“What 4th Wall?” – A Closer Look at The Magic Circle

The absolute state of @corelsoftware tech support. "we sent you an email saying sorry things are taking so long. Because you didn't respond to it we're closing the ticket we didn't get back to you on"

Big old AVOID CORAL SOFTWARE AT ALL COSTS going out to all the media types.

Coffee in style this morning. If you're looking for a group of friendly and welcoming Elite Dangerous players, why not consider the PBSF - http://pixelbandits.org/joinus

I'll to introduce you to Matt, from @myHummyUK who scared the living **** out of me last night at 3am