With the imminent release of Tom Clancy’s:The Division, Ubisoft have released the day one patch notes that will accompany the game at launch. Not least of these fixes are numerous graphic improvements and with the game looking as good as it did in the last Beta it’ll be interesting to see how these change the look and feel of the place. It’s good to see Ubisoft taking on the feedback and information gleaned from the Beta testing done by the community in the days leading up to launch. Go Ubisoft! 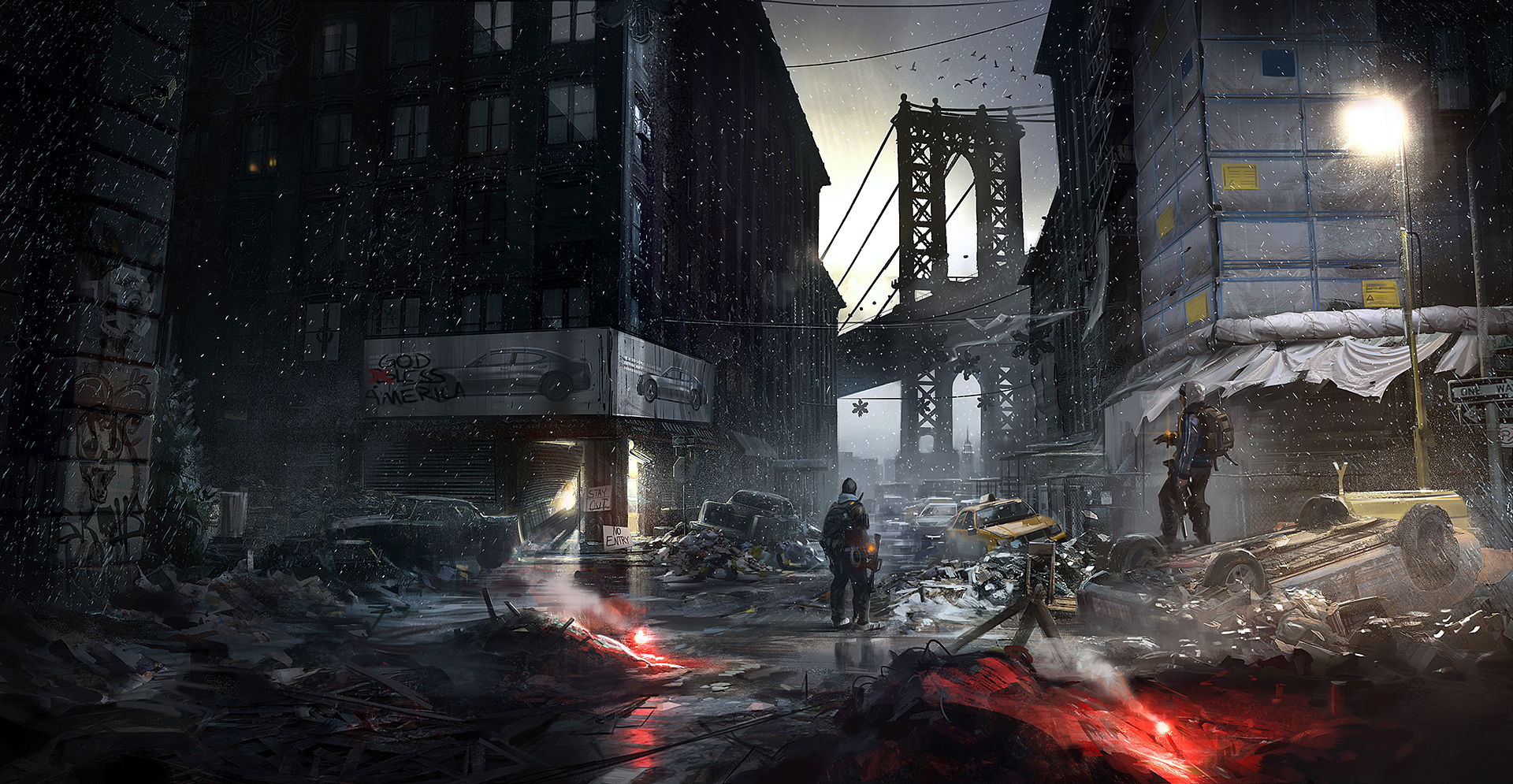 After the success of the Closed and Open Betas, and the overwhelming feedback we received from all of you, our team has been hard at work to fix a lot of issues and implement more improvements based on your suggestions. Take a look at some of the most notable changes that have been added since the Open Beta.

APPEARANCE MENU HAS BEEN UPDATED:
Now displays as a grid making it much easier to browse items
“Outfit Sets” option added to quickly equip all the items in a set
“Inspect” feature added

MEGA MAP AND OPEN WORLD UPDATES:
New “Mission Overview” has been added to the Mega Map
Contaminated zones will now display the required filter level on the Mega Map
Field data with audio will automatically play when you pick them up
If you start listening to field data with audio from the menu, you can keep listening outside the menu
Subtitles added for all Field Data that play audio
Mission entrance menu usability has been improved
Significantly increased the number of crafting materials obtained from loot crates
The icon for landmarks in the Dark Zone has been changed and now indicates if non-player enemies are present or not

GAMEPLAY IMPROVEMENTS:
New “Help” menu is now available in the Settings menu. It stores all the loading screen and context sensitive tips
New tutorials added for certain gameplay features and mechanics (these can be switched off in the Options menu)
Added information to the in-game loot pickup UI that displays why an item can’t be picked up
The deployable turret no longer targets non-rogue players and doesn’t damage neutral players caught in the line of fire
Skill modifiers have been added directly to gear (previously only available on gear mods)

FIXES AND GENERAL IMPROVEMENTS:
Fixed glitches that could be exploited by players to gain an unfair advantage in the game (such as invisibility, shooting through walls, etc).
Extended server-side checks to detect any illegal actions from the game client, limit their impact in the game and track down the perpetrators.
Fixed an issue on character select screen that resulted in getting stuck with a specific combination of inputs
Fixed a progression blocking issue caused by accepting a group invite at a specific moment during the Base of Operations unlock sequence
Players will no longer return all the way back to start screen after creating or logging in to their Ubisoft Club account
Fixed remaining bugs that prevented log-in attempts when non-essential services were offline
Overall stability increased
Further backend improvements and optimizations
Localization adjustments and bug fixes
Additional minor bug fixes and polish

Please keep giving us your feedback and suggestions as we will continue improving the game. After all, launch is just the beginning!

Keep up to date with all the latest over at DivisionHQ just here.
If you’re going to be playing The Division at launch let us know in the comments below.

The absolute state of @corelsoftware tech support. "we sent you an email saying sorry things are taking so long. Because you didn't respond to it we're closing the ticket we didn't get back to you on"

Big old AVOID CORAL SOFTWARE AT ALL COSTS going out to all the media types.

Coffee in style this morning. If you're looking for a group of friendly and welcoming Elite Dangerous players, why not consider the PBSF - http://pixelbandits.org/joinus

I'll to introduce you to Matt, from @myHummyUK who scared the living **** out of me last night at 3am